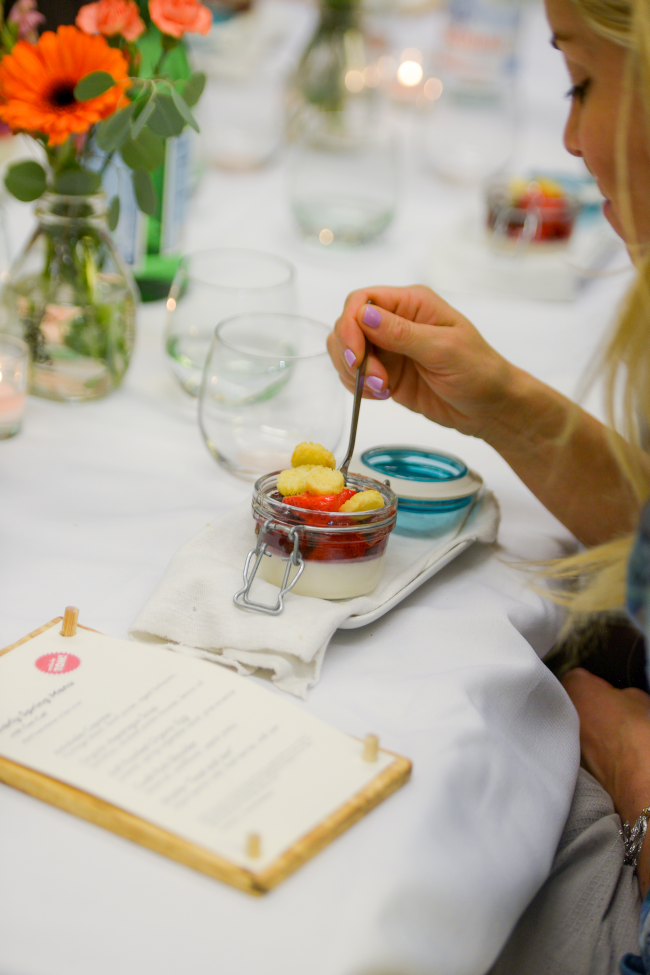 Nothing beats a healthy breakfast for dessert. This healthy breakfast was organic yogurt panna cotta, roasted berries, toasted brioche, and milk jam. I did this breakfast/dessert for a pop-up dinner hosted by  Real Foods Market.

Making the panna cotta it is super easy. You’ll need 20 oz of organic yogurt, 10 oz milk, six sheets of bronze gelatin, a little bit of honey, and a couple teaspoons of vanilla paste. This will make ten 3 oz portions, which is PLENTY. No matter what your vessels are, you’ll want to get them ready to go. So if you’re using a little glass jar, or you’re going to set them in a bowl, or if you’re going to set it in little disposable plastic container where it can be plopped out onto a plate, you want to have those guys ready. Mix the yogurt and vanilla paste together in one bowl, and let the gelatin soften with the milk in another bowl. Once the gelatin is soft and floppy, put it in a pan with a little bit of milk on low heat and melt it until it dissolves. Quickly whisk the milk, gelatin mixture, and yogurt together. Season it with honey until it’s sweet enough for you and add a tiny pinch of salt. Pour into your 10 portions and let those bad boys chill until they are firm. 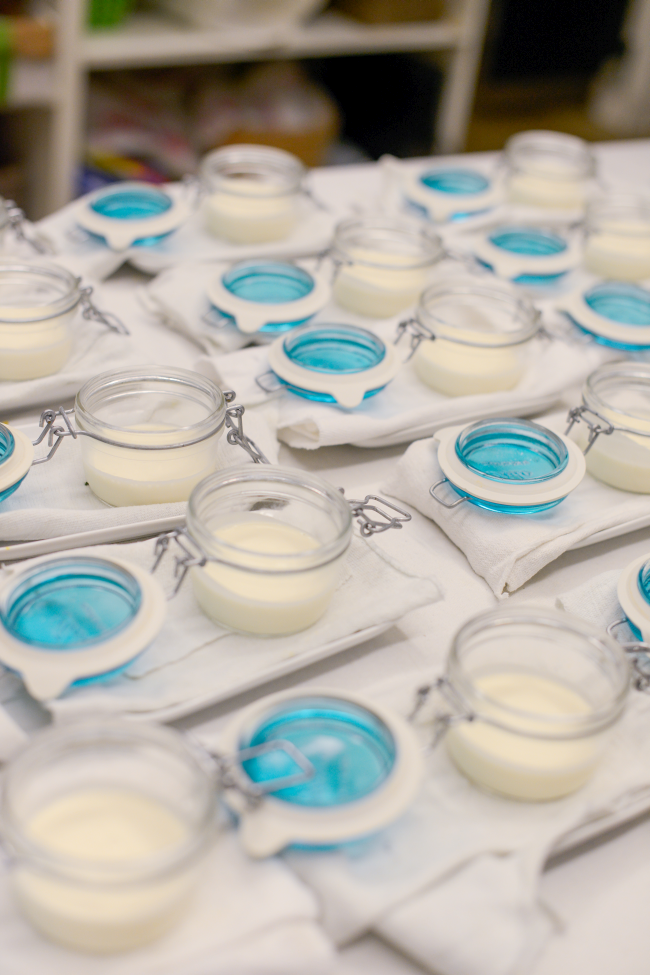 Now, I should take this opportunity to tell you something about gelatin. Normally if you want to set something so it’s stable enough to be free standing without a container, the ratio is two sheets of gelatin per cup of liquid. In this case, we are only doing one and a half sheets of gelatin per cup. This is because it is being eaten out of a jar. The texture is a little bit nicer if it’s soft. What about the vegetarians? I hear they don’t love gelatin as much as everybody else. The solution is simple – you can use agar instead. You’ll use 5% agar, so if you have 1000g of liquid you’ll use 50g of agar. To make these panna cotta vegetarian, you’ll do everything the same except instead of melting the gelatin in a little bit of milk, you’ll bring the agar to a boil in all of the milk before adding it to the yogurt mixture.

The berries are super easy. You need about 1oz of berries per person, so in this case you’ll need 10oz of berries. I used blackberries, raspberries, strawberries, and blueberries. You may consider cutting the strawberries so they are the same size as the others. Toss the berries with a little handful of sugar and let stand for about five minutes. Then put them in a pan and blast them in a 400° oven for about five minutes. You just want the sugar to start caramelizing a little bit so the juices start to come out of the berries. Chill those and then they’re ready to go. 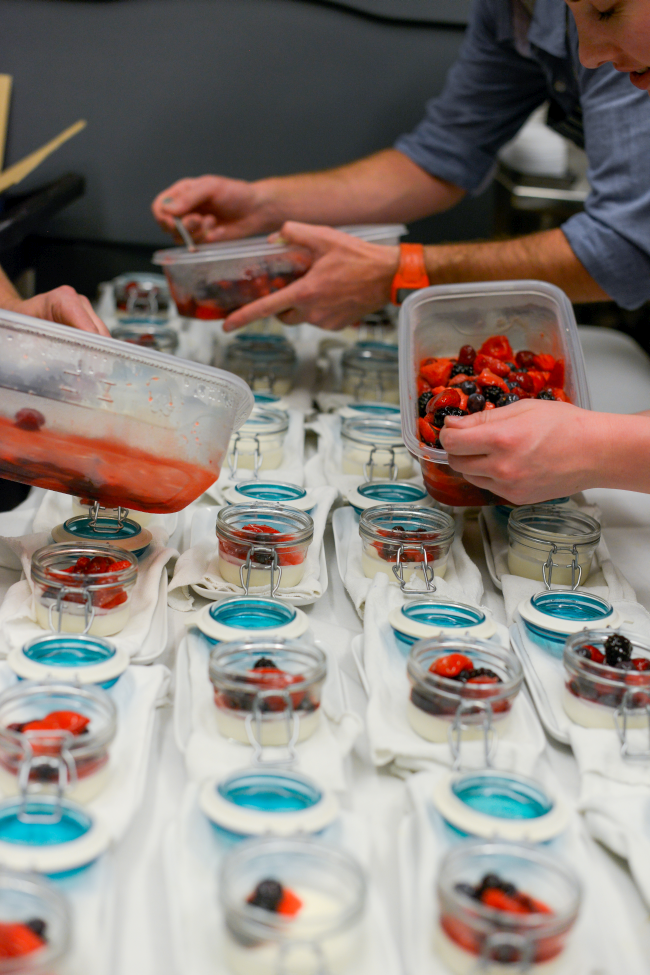 I had all this whey left over from making fresh cheese, so I used it to make Alan Ducasse’s milk jam recipe. You can do the same thing with whey or milk. If you use whey, I suggest adding 2 cups of cream to the recipe.

In a large heavy, preferably copper, saucepan, bring the milk to a boil over medium-high heat. Add the sugar and bicarbonate of soda and stir well with a wooden spoon to combine. Reduce the heat to medium-low so that the mixture remains at a very gentle simmer. Cook, stirring often at first and then constantly as the mixture thickens, until the mixture turns golden brown and thickens to the consistency of taffy, 45 minutes to 1 hour. (Take care that the milk at the bottom of the pot doesn’t burn; if it starts to get too brown, remove from the heat for a few seconds and reduce the heat slightly.)

Remove from the heat and scrape into two 1-pint canning jars. Let cool, then seal the jars and refrigerate. Unopened, the confiture will keep for at least 1 month in the refrigerator.

Now all that’s missing is some toasted brioche. There is a great recipe in the  French Laundry  cookbook which is actually credited to Jean-Louis Palladin. You don’t have to bake brioche if you don’t want to. Let me rephrase that; if you know someone else who has some brioche, you don’t have to bake it if you don’t want to. I sliced mine into thin slices and punched them into little circles and toasted them a little at 350°. 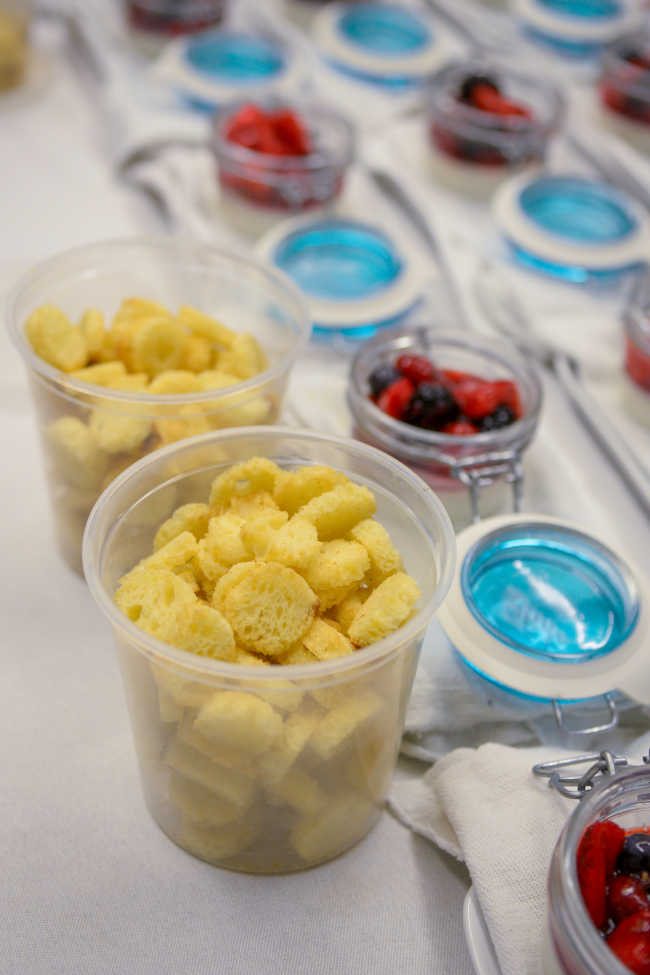 To plate, you just break out the panna cottas, top them with the roasted berries, give them a drizzle of the milk jam, and put a few pieces of the toasted brioche on top. 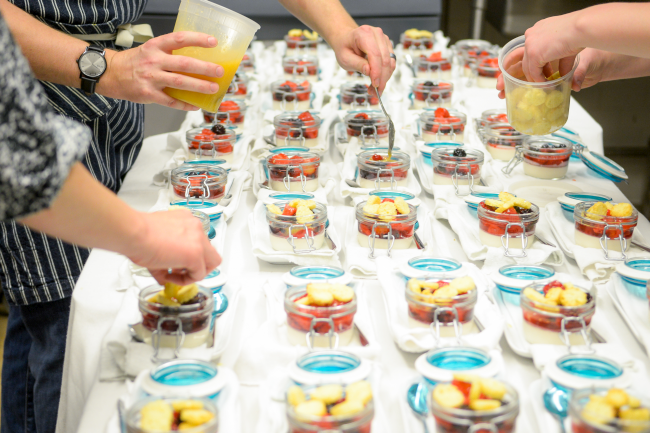 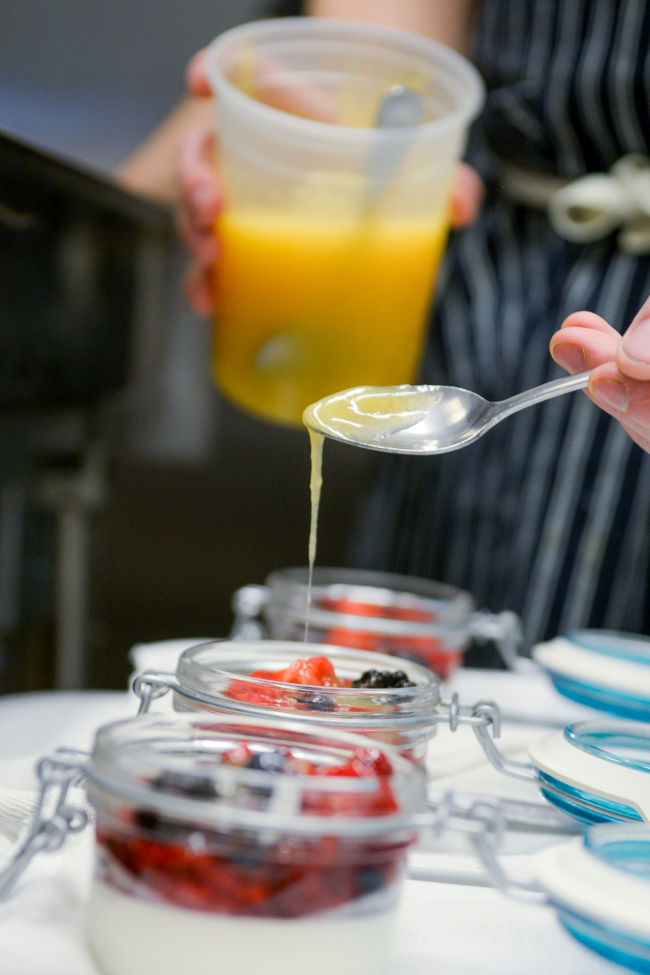 It’s kind of like toast and jam and yogurt and fruit in one delightful dish.

Thank you  Katie Dudley , as always, for the excellent photography.